Alireza Jafarzadeh, deputy director of National Council of Resistance of Iran (NCRI) answers questions during a news conference at the National Press Club in Washington, Feb. 24. Members of the NCRI are claiming the existence of an active and secret parallel nuclear program inside Iran. (Pablo Martinez Monsivais/AP)

An Iranian exile group on Tuesday accused Iran’s government of conducting secret research with the aim of developing nuclear weapons, even as it is negotiating potential constraints on its ability to do so.

The National Council of Resistance of Iran said underground labs in suburban Tehran have been used since 2008 to enrich uranium. It said the plant, named Lavizan-3 after the neighborhood where many officers and their families live, is reached through tunnels leading from under a building ostensibly used to process passports and identity cards.

The claims could not be independently verified and U.S. officials initially declined to comment. On Wednesday, a State Department spokeswoman said officials “have no information at this time to support such a conclusion.”

“We have seen these claims and we take all such reports seriously,” said spokeswoman Jen Psaki.

Representatives of the opposition group, appearing at the National Press Club before a flag dating from pre-revolutionary Iran, detailed their claims as Secretary of State John F. Kerry testified before Congress, defending the administration’s ongoing nuclear talks with Iran.

Negotiators want to reach the broad outlines of an agreement by late March, though many highly complex technical details would still have to be hashed out before an interim agreement expires in late June.

The Iranian opposition group said Iran has lied about its nuclear program before, and no deal should be signed until Tehran agrees to inspections of the Lavizan-3 facility.

“It’s absolutely senseless to continue negotiations and decide the number of centrifuges you’re going to have if we have these serious issues lingering out there,” said Alireza Jafarzadeh, deputy director of the group’s Washington office.

Over more than a decade, the NCRI has made several assertions about Iran’s nuclear program, not all of which have proved accurate. In 2002, however, the group exposed the existence of two nuclear-related plants, one in Natanz for uranium enrichment and a heavy water reactor near Arak.

Tehran hadn’t acknowledged either previously, and the discovery has fueled a level of distrust that persists to this day.

The latest claims come at a particularly sensitive time in the talks over Iran’s nuclear program. Israeli Prime Minister Benjamin Netanyahu is due to address Congress next week, where he is expected to assert that a deal with Iran is dangerous for Israel and the world.

His audience will include members of Congress, including some Democrats, who are skeptical of Iran’s claims that its nuclear program is only for peaceful purposes, and many want to impose more sanctions on Iran.

The administration fears more sanctions will drive Iran away from the negotiating table, where it is talking with the United States and its partners — France, Britain, Germany, China and Russia — and to resume its uranium enrichment program.

The National Council of Resistance of Iran said the sources of its latest claims came from inside Iran, including from some who are in the government.

Satellite images the group culled from Google showed a large, walled complex of buildings at the foothills of the mountains outside Tehran. They also exhibited photographs purportedly taken inside the tunnel showing a steel door that they said was lined with lead to prevent radiation leaks.

Jafarzadeh said it took a full decade to gather intelligence about the facility. Most of it came from members of the controversial Mujahedin-e Khalq, which started out devoted to armed struggle against the shah and then kept fighting against the theocratic government that overthrew him. The MEK is part of the NCRI, and the State Department listed it as a terrorist organization until 2012.

Robert Einhorn, a senior fellow with the Arms Control and Non-Proliferation Initiative at the Brookings Institution, said the allegations should be investigated by the International Atomic Energy Agency, which is tasked with monitoring Iran’s facilities. The IAEA declined to comment.

“Every credible lead like this has to be pursued,” Einhorn said. “I don’t think you can dismiss the allegations out of hand. But the background is this organization has been right sometimes and has sometimes been quite wrong.” 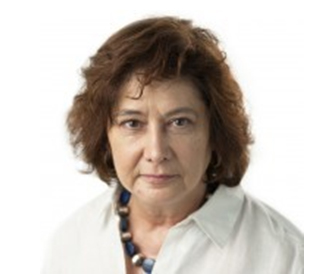 Carol Morello is the diplomatic correspondent for The Washington Post, covering the State Department.