The Obama administration says new visa rules passed by Congress could undermine the Iran nuclear deal. But Congress embraces its role as a watchdog. 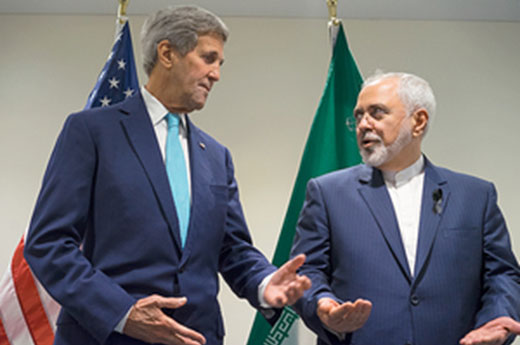 The Iran nuclear deal may be signed, sealed, and on the road to implementation, but there are signs that the sparring between the Obama administration and Congress is merely taking new forms.

The newest flashpoint is a new visa-waiver law designed to reduce the risk of terrorists entering the country. The measure appears to force anyone who has traveled to Iran since 2011 to get a visa before visiting the United States.

Some administration officials worry that this kind of provision could be opponents’ way of undermining an agreement that they couldn’t defeat outright. Secretary of State John Kerry responded by telling Iran that President Obama would waive the provisions that might interfere with the nuclear deal.

For their part, critics see Mr. Obama’s proposed waiver as another sign that he’s going soft on Iran in order to preserve a major piece of his foreign policy legacy.

The tension points to the deep mutual suspicions that remain on Iran. As a result, the path forward could be a narrow one, with Congress embracing its role as an Iran watchdog while Obama pushes for the space to allow the agreement to take hold.

For the moment, some officials say the administration is eyeing upcoming parliamentary elections in Iran. The hope is that smooth implementation of the nuclear deal will boost moderate candidates in the February voting.

But others say this is the wrong time to be placating Iran.

Secretary Kerry’s promise “suggests the administration will bend over backwards to implement the nuclear deal, when actually this is the time when the US should react stronger and show more firmness towards Iran,” says Alireza Jafarzadeh, deputy director of the National Council of Resistance of Iran in Washington, an opposition group of exiled Iranians. “Otherwise they’ll pave the way to further Iranian defiance.”

The new visa law was passed amid heightened concerns over visa-less travel in the wake of the Paris and San Bernardino, Calif., terrorist attacks. It affects the citizens of 38 countries whose citizens do not need visas to enter the United States. Under the new law, citizens of those countries will now need to obtain a visa if they are also citizens of Iraq, Sudan, Syria, or Iran. Moreover, some interpret the law to mean that anyone who has visited those four countries since 2011 will also need a visa.

Iran officials worry that the new law could hurt the Iran economy. Business representatives who know they could have a harder time entering the US could be deterred from visiting Iran, they say.

Iranian Foreign Minister Mohammad JavadZarif told the New Yorker the new visa provisions were “absurd,” adding no Iranian or visitor to Iran had attacked the West. “Whereas many people have been targeted by the nationals of your allies [or] people visiting your allies… So you’re looking at the wrong address.”

The comment seemed a thinly veiled reference to Saudi Arabia and Pakistan, whose nationals or recent visitors were involved in the Paris and San Bernardino attacks.

Kerry pledged in a letter to Mr. Zarif that the US would implement the new visa rules “so as not to interfere with legitimate business interests in Iran” and was looking into ways to “waive” any aspects that violated the nuclear deal.

Administration officials say they have no intention of going soft on Iran. Indeed, they recently held a closed-door briefing for members of Congress at which they laid out actions undertaken to counter Iran’s efforts to spread its influence in the Middle East. The officials revealed the recent US intercept of a shipment of Iranian arms destined for Houthi rebels fighting a war against the US-backed government in Yemen.

Nuclear deal critics like Mr. Jafarzadeh say they cringed at Kerry’s quick reassurances to Iran. “It was very troubling to say the least to see Secretary Kerry rush to send a letter to Zarif that gives unwarranted promises of multiple-entry business visas to a government whose economy is run by the Iranian Revolutionary Guard Corps, an organization whose agenda includes terrorism, buying influences in international affairs, and exporting Islamic fundamentalism.”

Even some congressional supporters of the nuclear deal are warning that strict vigilance of Iran must continue. Members of Congress have expressed particular concern about two Iranian ballistic missile tests in recent weeks. At least one of them violated a Security Council resolution barring Iran from testing missiles that could potentially carry nuclear warheads, according to the United Nations.

On Thursday, Sen. Chris Coons (D) of Delaware – a backer of the deal – warned against anything short of “relentless implementation” of the agreement and “aggressive enforcement” of separate sanctions aimed at curbing Iran’s “support for terrorism, human rights violations, or their ballistic missile program.”

“If we take our eye off this ball,” he said, “they will take that as a clear signal that … they have carte blanche to continue their actions that are antithetical to our values and interests.”